Mist Hunter - is a blistering fast rogue-like arena shooter. A deadly magic poison runs through your veins, there is no cure and your heart will stop beating in 90 seconds. Fight your enemies, get the highest score and collect antidote to keep going.

Any feedback is hugely appreciated.

I’m having a lot of fun with this one!

I get a crash to desktop every time I click on the red soda-can looking spell on the select screen.

Also, maybe I'm just not used to playing shooters where you can randomly fall off the edge of the map, but that seems lke a bad design choice.

What I played looks and feels pretty good, but I couldn't get over the falling thing.

Hello, awesome game! Do you have any interest in getting it to steam? I work for a publisher and we're interested in helping out! If you are interested and would like to talk feel free to reach out to me at deana@sedoc.net

Yes, we do plan to bring it on steam eventually.  And thanks for the offer, I'll drop you a line if we decide that we need help with publishing)

I made a short video showcasing the demo! It was pretty fun for a demo!

Thanks, man! Will check it out right now)

By the way, you were playing an old build.

Thanks for the video)

This game is super fun, fast passed and surprisingly smooth. I love it! Is there any chance controller support will be added though? I mean, it feels like it's lacking that console feeling for a game/demo of this calibre.

Hey!
Thanks a lot, glad you liked it) We do want to add controller support in the future, and we definitely will.  Just need to sort out the more pressing issues) It's just two of us working on the game, so we have to carefully plan and prioritise every feature.

First, loved the movement feel. I like the graphics, the style, and the music. I like the power of certain shots and I liked being able to choose my upgrades.

Just in the form of suggestions, I'd like to say to help situational awareness you might want a stronger spawn sound effect (possibly with surround so players can tell where enemies are coming from) and sound effects for each creature. The gun sound effects could be a little better, and I felt that the axe was woefully underpowered. The double jump felt great, although it fell short in a lot of places that seemed to be in reach. Finally, I think as a whole it's annoying when you're firing enemies and when you kill one, their death animation takes bullets for the guys behind them. Especially with the ice creatures.

The biggest problem was probably the fact that the skill names and weapons were either variables or placeholders. Great demo though, I hope to see good things from this!

Hey, thanks for a such detailed piece of feedback.  We are already working on a new update. The sound effects are being reworked, re-balancing almost everything . There is a bug in the current build that makes jumps lower when you touch an obstacle and trying to jump and keep pressing the "W" at the same time.  It's been fixed) And the skill descriptions are also added)

Hopefully will release the new build in the end of this month.

I absolutly love this game, it is so fun. The fast paced play, the style of the game, its all so great, I cant wait to see where it goes. P.S. I m a 3D artist, I can do some prettygood 3D moddleing and I am particularly good at texturing, if you are looking for people to help in that field of design, feel free to contact me.

Hey, thanks a lot man! Glad you liked the demo.

I'd love to have an extra pair of skillful hands, but we work on a super tight budget. Basically, it's just me (all the graphics, animation) and a friend of mine who does the coding.  Even one part-timer/freelancer will put us over the budget(

So umm, this game is really hard. Like I was surprised I was still in wave two. But man this game was so much fun!!

Hey! Thanks a lot!
Watching it right now with my morning coffee) Cool video!

Loved the game, the demo was amazing, saw a little bit of Titanfall and Doom in this game and it gave me hope that this will be an amazing game!

This was a really fun demo, I can't wait to see what the other modes will be like

Hey, just extract the files from the archive  and click on the .exe file

I really enjoyed this game. I had a few issues and thoughts on this game. For instance I would have really liked to see a mele wepon here. I keept wanting to use one but I didn't have on to use. Second I was confused by the green "energy" bar under the health bar. I don't know what it's supposed to do. I made a few other comments in the video if you want to look other wise these are just my thoughts. I had fun with what you made so far. I would really like to see the full game when your done. Keep up the amazing work and keep kicking ass on this game!!

We are going to add more weapons (including some melee) which you can choose from at the beginning of each run. But I'm also thinking of a adding a boot kick like a permanent melee move.

The green energy bar works like a shield, it reduces some damage that you take.  Probably I should add a small shield icon to make it clearer)

I've checked you laptop specs. Do you have a 1050ti card?

Thanks for responding I would really love a cool melee weapon in the game. Might I suggest a Katana I really want to see you make one!! also yes I have the GTX 1050 ti.

Reply
DizzY4 years ago(+1)(-1)
i loved the game and easily out about ten hours so far! but my issues is whats the point of cards for leveling up? i think adds something but cards provide no description of what that is! 10/10 game highly rec!
Reply
Satori44 years ago

Thanks a lot, man! Watching the video right now)

The cards don't have descriptions yet, but I'll add them in the next build. Basically they upgrade the character's and weapons's stats, sometimes give extra dash or jump and so on.

thanks man! that help me because i kinda understand what they help but not full advantage each one gave! love the game cant wait to see what you do with it man!

Thanks! Looking forward to your feedback )

Yeah, I should've put some contact info but didn't find the right section in the page form.

Very fun game! The art style and the effects are pretty good. Although sometimes it's hard to know whether enemies are around you. I suggest adding an indicator or something, but it's just a suggestion. Sound design is great and the music is really good for the gameplay.

Things I noticed: Some UI options don't display fully, like the Resolution, sometimes when using the third weapon, sounds can overlap and enemies seem to be invulnerable when jumping from spot to another spot.

Overall, pretty solid game and I'd love to see what's coming up :)

Thanks for the feedback!

Settings don't work yet, but hopefully will make them work in the next build)

My eyes, my eyes, I can't see gad dam it lol

That is one hell of an early version of a game. It's blistering fast, graphics are great and the controls are spot on. The audio is pretty spot on as well and I like the map laylout as well. The characters in the game were also well designed and I honestly couldn't find a fault with it except for my eyes now hurt hahahaha.

hahaha) Sorry for your eyes)) Settings are not working at the moment, but you'll be able to disable the bloom effect) It will be much easier on your eyes)

Thanks for playing and for taking time to make the video)

Wow! Didn't expect that anyone would play it) Thanks for the feedback and video. It's super helpful!

Even in this early state, it's pretty solid. I like the movement, the weapons, the level design... Keep it up. :)

And thanks for the video, watching it right now;)

I hope you like the video, I certainly enjoyed the demo. I think the base is good. :)

I did and subbed to your channel! It'a actually very nice that you're commenting while playing.

The enemy teleport isn't working properly right now, as you've said, it teleports the enemies too close to you, which is unfair.

Thank you for subscribing, it means a lot. Just hit 1K so... :) I got quite a few scares with enemies appearing right in front of behind me. They are sneaky. :)

Congrats, man! I know it's hard to get spotted on youtube, but you're doing great!

Yeah, the enemies can jump scare you sometimes, but when the teleportation system will be fixed it shouldn't be an issue) 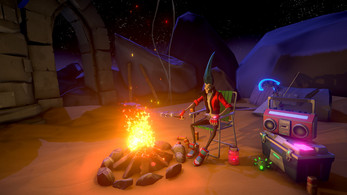 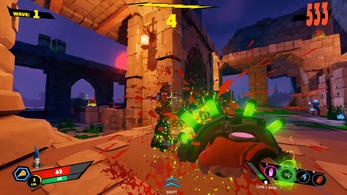 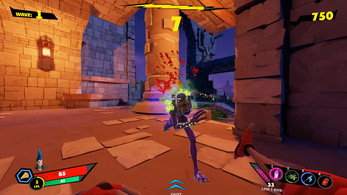 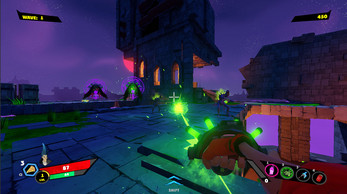 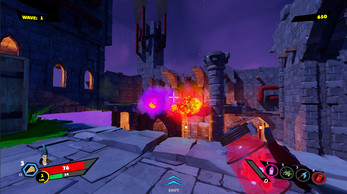 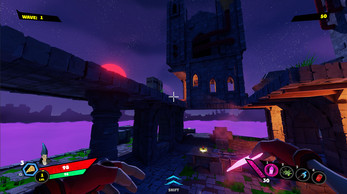 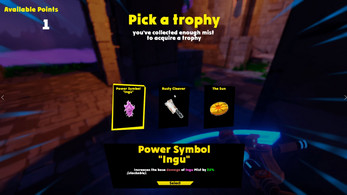 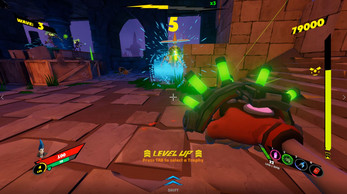 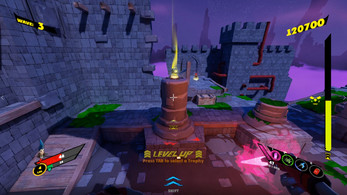 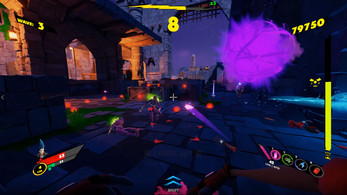 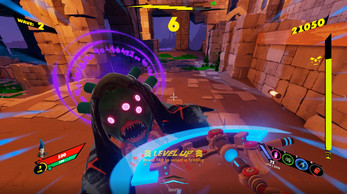 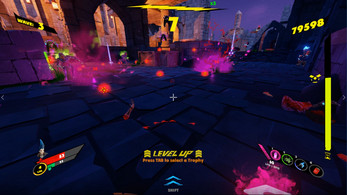